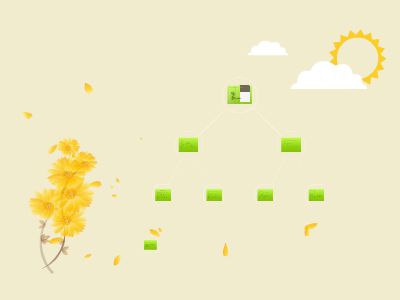 The Elements of Music - alabama-sfa.enschool.org

The Elements of Music
MelodyRhythmHarmonyTextureTimbreDynamicsWord-music relationshipsForm
Genre
Genre is the category of a given workEx., symphony, sonata, song,anthem,etc.Genre is generally determined by the work’s performance medium and social functionQuestion: You know what a national anthem will be like, even one you’ve never heard. How do you know this?
Genres of the Middle Ages
Plainchant (Gregorian chant)Secular songInstrumental music (dance music,also secular)
The Middle Ages
Begins 476 A.D. with fall of the Roman EmpireNothing is known about the ancient music of Rome orGreece (no notation)Western music history begins with the ascendance of the Roman Catholic church, c. 800The church succeeds in creating a written record of, i.e., preserving, its musicMusic of the church is only a part of music existing at the time (sacred vs. secular)
Plainchant (Gregorian chant)
MonophonyConjunct (by step)anddisjunct(by leap)motionCadencesFree vs. metered rhythmMelismaticand syllabic text-setting(more than one note per syllable vs. one noteper syllable)Medieval modes
The Mass
In any church service, some texts were invariable. The “ordinary”Some texts were variable, determined by the day or season of the church year. The “proper”. Ex. Feast days of specific saints, The Feast of St. Stephen. Also many Feasts of the Blessed Virgin Mary.Remember that Massis said every day of the year.
The Ordinary
KyrieGloriaCredoSanctusAgnusDeiThe texts of the Kyrie, Sanctus, andAgnusDei are all short, so they are givenmelismaticsettings. The Gloria and Credo are longer texts, so the melodic setting is syllabic.
Modes and Notation
The theory of modes was developed in the 10thand 11thcenturies. Modes were in actual use much earlier.The first attempts at notation occur around the late 10th/early 11thcentury.Next:Organum

Make amazing presentation for free
The Elements of Music - alabama-sfa.enschool.org