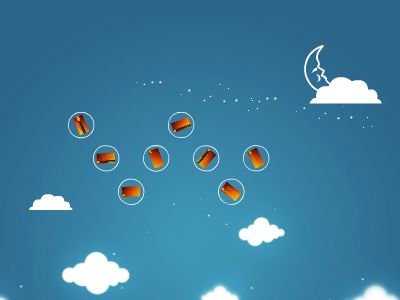 The Fall of Napoleon and the European Reaction

The Fall of Napoleon and the European Reaction
What causes revolution? How does revolution change society?
The Fall of Napoleon
Guiding Question:Howdid Napoleon lose his empire?Napoleon'sdownfall began in 1812 when he decided to invade Russia.InJune 1812, a Grand Army of more than 600,000 men entered Russia.Napoleon'shopes depended on a quick victory over the Russians, but they refused to do battle. Instead they retreated for hundreds of miles.Asthey retreated, they burned their own villages and countryside to keep Napoleon's army from finding food. When the Russians did fight at Borodino, Napoleon's forces won an indecisive victory, which cost many lives.Finally reaching Moscow, the Grand Army found the city ablaze.Withno food or supplies for his army, Napoleon abandoned the Russian capital in late October.Asthe winter snows began, Napoleon led the "Great Retreat" west across Russia. Thousands of soldiers starved and froze along the way.Fewerthan 40,000 of the original 600,000 soldiers arrived back in Poland in January 1813.
This military disaster led other European states to rise up and attack the crippled French army.Pariswas captured in March 1814.Napoleonwas soon sent into exile on the island of Elba, off the northwest coast of Italy.Thevictorious powers restored monarchy to France in the person of Louis XVIII, brother of the executed king, Louis XVI.
Leaves Island of Elba (escapes)eventually caught him and exiledhim to St. Helena, a small island in the south Atlantic.Napoleonremained in exile until his death in 1821, but his memory haunted French political life for many decades.
European Reaction
Guiding Question:Whydid the turmoil of the French revolutionary years result in a conservative European reaction?After the defeat of Napoleon, European rulers moved to restore the oldorder (monarchy).Thiswas the goal of the victors—Great Britain, Austria, Prussia, and Russia—when they met at the Congress of Vienna in September 1814 to arrange a final peace settlement.
Forces of Change
Guiding Questions:Whathappened to revolutionary ideas after the French Revolution was over?Between 1815 and 1830, conservative governments throughout Europe worked to maintain the oldorder (monarchy).However, powerful forces for change— known as liberalism and nationalism—were also atwork.Liberalismis a political philosophy that grew out of the Enlightenment.Liberalismheld that people should be as free as possible from government restraint.Liberalbeliefs included the protection ofcivilliberties, the basic rights of all people.Civilliberties included equality before the law and freedom of assembly, speech, and the press.Liberalsbelieved that freedoms should be guaranteed by a document such as the American Bill of Rights.
Many liberals favored a government ruled by aconstitution—a concept called constitutionalism.Forexample, in a constitutional monarchy a king must follow the laws of the constitution.Liberalsbelieved that written documents would help guarantee people'srights.Mostliberals wanted religious toleration for all, as well as separation of church and state.Liberals also demanded the right of peaceful opposition to the government.Theybelieved that a representative assembly (legislature) elected by qualified voters should makelaws.Theseliberal ideals were similar to republicanism, the belief that a government's power comes from the rule of law and the citizens who are allowed to vote.Liberals did not believe everyone had a right to vote.Theythought the right to vote and hold office should be open only to men ofproperty.Liberalismwas tied to middle-class men who wanted voting rights for themselves so they could share power with the landowning classes.Theliberals feared mob rule and had little desire to let the lower classes share power.
Nationalism arose when people began to identify themselves as part of a community, a nation, defined by a distinctive language, common institutions, and customs.Nationalismdid not become a popular force for change until the French Revolution.Fromthen on, nationalists came to believe that each nationality should have its own government.