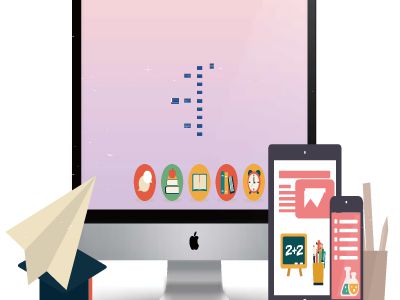 Communicative Language Teaching
By AliaAlhassan
2lteachers represent language skills as follows
Communication =language skillsSpeakingWriting active =productiveReadingListening passive =receptiveThe four skills of language are necessary in both written and oral communication
definition
Elaboration and implementation of curricula and methodologies that promote the development of functional language ability through learner participation in communicative events in classroom learning ,and teaching practice in terms of social interactionLooking at language in context ,analysis of learner’s expression and negotiation .CLT puts the focus on learners
The beginning of CLT
In Europe(1970s) : the language needs of group of immigrants and guest workers . A rich linguistic tradition ,led to the council of Europe development of a syllabus for learner’s based on functional –notional concepts of language use .the language for specific purposes (LSP)movement was established
In Germany
Communicative classroom language learning has emergedLangaugeteaching methodologistCandlin,EdelhoffandPiephotook the lead in the development of classroom materials that encouraged learner choice and increasing autonomy ,their exercises type for communicatively oriented English teaching were used in teacher in –service courses and workshops to guide curriculum change .Exercises were designed to exploit the variety of social meanings within particular grammatical structure
U.S.A
Hymes(1971): had reacted to Chomsky’s characterization of the the linguistic competence (the observance of sociolinguistics norms ofappropriacy).His focus was not language learning but language as a social behaviourUS methodologist tend to focus on native speakers cultural norms and the difficulty of representing them in a classroom of non-native speakers .They were aiming at involving learners in the experience of communication ,participating in the negotiation of meaning ,and the use of games ,role play , pair and group activities
Is grammar important in CLT?
Canaleand Swain (1980):they suggested that grammar is important ,they sought rather to situate grammatical competence within more broadly defined communicative competenceSavignon(1970) he did not suggest that teachers forsake the teaching of grammar ,rather ,the replacement of language laboratory ,structure drills with meaning –focused .self expression found to be the more effective way to develop communicative ability with no loss ofmorphosyntacticaccuracy
Research has shown that the combination of form-focused and meaning –focused classroom activity depends on the learner’s age ,nature and length of instructional sequence ,opportunities for language contact outside the classroom
Implication for existing programs
Teacher’s assessment of learner’s achievement : most US educators and language program feel frustration at the domination of curricula by multiple choice test ,that put teachers on pressure to make their students do well in such tests ,often devote the class time to teaching test –taking skills about writing rather than allowing them practice in writing .
Teachers feel frustration at the seeming ambiguity in discussions of communicative ability .Negotiation of meaning is well and good but this lacks precision and doesn't provide a universal scale for assessment
Promising avenues of inquiry
Sociolinguistic inquiry: the relationship between language and speech communityIt concerns with identity and motivation to explain the construction by bilinguals ,it may include the previous systems of phonology ,syntax ,discourse ,communication strategies and it is important in understanding the implications of norms ,appropriacy,and variability of CLT
Classroom inquiry
Classroom has started to be major interest of second language acquisition . The year 1988 alone saw the publication of al least five books on topic of classroom language learning
Foreign language teacher talk
Study of Foreign language teacher talk was conducted by Guthrie (1989) ,he found that persistent meaning focus confusion even when teachers felt they were providing optimal classroom environment by speaking only in the language being learned . Transcriptions of teacher –learner revealed incoherent discourseStudy byNunan(1987) ,concluded that patterns of classroom interaction provide little genuine communication between teacher and learner or between learner and learner .
Learner –learner talk
Study byKinginger(1990): he has examined the nature of learner –learner talk associated by task types like small group or pair workData has showed that when learners are constrained by formal considerations or provided with a structure –embedded text as a basis of conversation ,their talk had many of the same characteristics as form-focused teacher talk .
Questions
1- what are the language skills that are important in communication ?2- what do linguists mean by communicative competence ?3-what are the reasons that led to communicative language learning ?