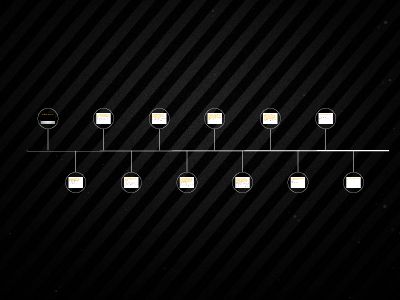 The Fall of the House of Usher - Mrs. Kokes

The Fall of the House of Usher
Discussion Questions
1. What is the mood at the beginning of the story, and how does Poe create this mood?
Gloomy, dark, scary (Gothic)“dull, dark, soundless autumn day”“clouds hung oppressively”“alone”“melancholy (sad) house of Usher”
2. Describe the history of the Usher family. What kinds of interests do they have? What kind of people are they?
“Direct line of descendents”Paintings, music – “Fuseli” and “von Weber”Decorative- “tapestries” and “armorial trophies”
3. Describe Roderick Usher- his appearance, his weaknesses, his attitudes.
Has a mental condition“cadaverousness”- looks like a dead personSloppy and unclean- hair grown out, tiredSad- talks about dying and worried about his sisterMuch different from when he was a boy
What happens in the poem “The Haunted Palace”? What are the parallels between the poem and the story of the Ushers?
“evil things in robes of sorrow”- Usher’s grief for himself and his sister“hideousthrong”- wild mind of Usher
5. Which descriptive details of the interior of the house suggest that the narrator has entered a realm that is quite different from the ordinary world?
Always music playingDream like paintingsDifficult to tell the difference between reality and dreams (Fuseli paintings)
6. In what ways is the appearance of both the interior and exterior of the house related to Usher’s appearance and to the condition of his mind?
The crack in the wall- his mindDecayed trees- death
7. Poe chose to characterize Roderick and Madeline as twins, not simply as brother and sister. Why do you think he made this choice?
He wants to show a strong bond- both physically (twins) but mentally as well. They are nearly the same person in thought and actionWhen Madeline dies, Roderick fully loses his mind
8. What evidence is there to support the claim of some critics who have argued that Madeline and Roderick are actually physical and mental components of the same being?
Roderick buries Madeline aliveHe is trying to end/cover up his insanity just as he is trying to end/cover up Madeline’s life
9. Explain the literal and figurative meanings of the title
The house falls down“fissure widened”“Mighty walls rushing asunder”The family is finishedBoth Roderick and Madeline die
10. How does Roderick Usher die?
Fear-SurpriseHe thinks he has killed Madeline, but then she shows up alivePg. 309 “bore him to the floor a corpse”
11. What is Poe trying to say about life?
We need mental and physical health to survive

Make amazing presentation for free
The Fall of the House of Usher - Mrs. Kokes