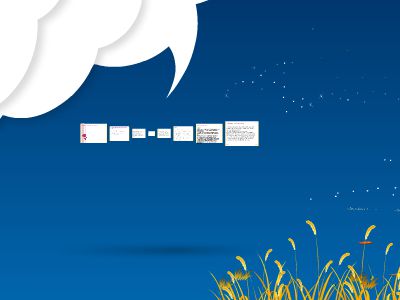 Reactions to the Peace Treaties
Historiography: changing interpretations of events
Traditional view: frequent clashes between Clemenceau and Wilson with Lloyd George as mediatorIn reality, France and Britain clashed over harsh treatment of Germany as well
France and USA
US was unsatisfied because Wilson had to compromise some ideals—the US refused to sign the treaty and never did. Didn’t joinLoN, either.France was very unsatisfied, felt Germany was not punished enough—reflected in the 1920 election—Clemenceau was defeated because he had been too willing to compromiseSmaller treaties were a concern—they’d created small successor states that might fall to Germany if she recovered
Italy
Very unhappyAchieved few of its territorial ambitionsOrlando (PM) walked out of the talks in angerHis protests had no effect on the Big 3 decisions after, and the Italian people were angry at him for a “mutilated victory”It was the downfall of the liberal government and the rise of Benito Mussolini’s fascist dictatorship with its promise of making Italy “great, respected, and feared”Minor skirmish to take back some land awarded to Yugoslavia (new successor state in Europe)—Italians were clearly bitter about lack of land prizes
Britain
The most satisfied, probablyColonial issues solved as they hoped(Germany’s colonies dispersed, they got mandates in theMidEast)Not concerned with mainland Europe, but wanted balance of power, which seemed achieved—Germany not destroyed and France was not dominantTrianon, StGermain, and Neuilly caused little concernBut Sevres made Britain large and Turkey small, carved up theMidEastin drastic ways, questioned Britain’s motives
Japan
Felt the peace treaties confirmed their role as second-rate powerFelt Wilson’s ideals were simply ways of maintaining the dominance of the Western worldThe “racial equality” clause: Japan proposed a clause that said every race should be treated equally in theLoN. They thought this would mean Japan gets treated equally, but some Europeans worried it meant the end of colonization.In the end, a majority voted “yes” on the clause, but since a few people said “no”, Wilson declared it a loss—he said a unanimous decision would be needed on this one because of how emotional it had become (and he and the US didn’t want it)
Germany’s Reaction:
Outrage.Germany lost 13% of its land,12.5%of its people, 48% of its iron resources, 15% of it agricultural production and16%of it coal.War Guilt: Germans felt the blame should be shared, and the cost of paying back for this guilt would be too heavyDisarmament: Germany would be left vulnerable to attack; other nations weren’t required to disarmLoss of land: lost raw materials, insult to national pride as their former colonies were divided up among victors14 Points: the treaty didn’t follow them; Germans outside the borders of Germany weren’t granted independence
Germany’s Reaction Cont’d
In German minds, since they didn’t start the war, didn’t really lose it, and asked for the armistice, they thought they’d get lenient treatmentTreaty of Versailles came as a giant shockEnormous psychological impact on the nation (Hitler)Historiography: If the treaty hadn’t been so harsh, would the German people have wanted revenge so badly? Some say yes—the German treaty with Russia (Brest-Litovsk) was just as harsh, and the German people would have been just as harsh to the Allies if they had won.