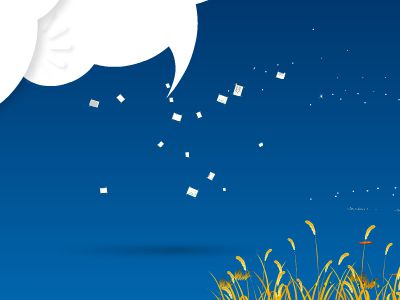 Good to Great Chapter 6 – A Culture of Discipline

Good to GreatChapter 6 – A Culture of Discipline
LarinSandersBrian DavisIvan Salazar
How most companies respond to growth and Success
Trip over their own successHire professionalsThe bus
1. self disciplinedpeople2. Disciplinedthought3. Disciplined action
The Good to Great Matrix of Creative Discipline
High
Low
Low
High
Ethic of Entrepreneurship
Culture of Discipline
A culture of discipline
Build a culture full of people who take disciplined action within the three circles, fanatically consistent with the Hedgehog Concept1. Builda culture around the idea of freedom andresponsibility, within a framework2. Fillthat culture with self disciplined people who are willingtogoto extremelengths to fulfill their responsibilities. Theywill “rinsetheircottagecheese.”3. Don’tconfuse a culture of discipline with a tyrannicaldisciplinarian.4. Adherewith great consistency to the Hedgehog Concept,exercisingan almost religious focus on the intersection of the threecircles.Equallyimportant, create a “stop doing list” andsystematicallyunpluganythingextraneous.
Freedom and responsibility within a framework
A consistent system with clear constraints, containing freedom within a frameworkManaged the system not thepeopleEx: pilot
Abbott
Created a culture of disciplineFreedom within aframework“Planning is priceless but plans are useless”Adhered to the Hedgehog Concept
A Culture of Discipline
Rinsing Your Cottage Cheese
“One more small step”…do whatever it takes to become the best within carefully selected arenas and then seek continual improvement from there.
A Culture of Discipline
Rinsing Your Cottage CheeseWells Fargo vs. Bank ofAmericaWhy rinse our cottage cheese when life is so good?
A Culture of Discipline
A Culture, Not a TyrantGood-to-Great companies have Level 5 leaders who built an enduringcultureof disciplineUnsustainedcomparisons have Level 4 leaders whopersonallydisciplined the organization through sheer force
A Culture of Discipline
A Culture, Not a TyrantRay MacDonald era, 1964-2000StanleyGaultformer president of RubbermaidLeeIacoca, president of Chrysler in 1979Discipline is essential for great results, but disciplined action without disciplined understanding of the 3 circles cannot produce sustained great results.
Fanatical Adherence to theHedgehog Concept
Pitney Bowes example…For nearly forty years, Pitney Bowes operated inside a protective monopoly.After the protective cocoon was stripped , within six years they had 16 competitors.Which through Pitney Bowes into a reactionary diversification frenzyBy 1973 they lost money for the first time in its history
Fanatical Adherence to theHedgehog Concept
Pitney Bowes example…..Fortunately a level five leader (Fred Allen) wanted to ask the tough questions that led to a deeper understanding of Pitney’s role in the World.Instead of viewing itself as a “postage meter” company, they found that they could be the best in the World at servicing the back rooms of businesses within the broader concept of messaging.
Fanatical Adherence to theHedgehog Concept
Pitney Bowes example…..Allen and his successor (George Harvey) instituted a model of disciplined diversification.They began a systematic process of investment in new technologies and productsAfter falling 77% behind the market from the consent decree to the dark days of 1973, they rose over 11 times the market by 1999.
Fanatical Adherence to theHedgehog Concept
The key point is that every step of diversification and innovation stayed within the three circlesPitney Bowes is an example of what can happen when a company regains discipline to stay within the three circles.In all these comparison companies they either (1) lacked the discipline to understand their three circles or (2) lacked discipline to stay within their three circles.
Fanatical Adherence to theHedgehog Concept
R.J. Reynolds example…..Had a simple and clear concept to be the best tobacco company in the U.S.Spent nearly 1/3 of total corporate assets to buy a Sea land andAminoil“Look, these guys are the World’s best at making and selling tobacco products, but what do they know about ships or oil”
Fanatical Adherence to theHedgehog Concept
Philip Morris didn’t have a perfect diversification record (7up) but was a stark contrast to Reynolds by sticking with their hedgehog concept.They didn’t abandon butredifinedtheir hedgehog concept in terms of building global brands in not so healthy consumablesPhillip Morris maintained the discipline
Start a “Stop Doing” list
Many people have a to do list, but most of us live busy undisciplined lives.Those who built good to great companies used the stop doing list just as much as the to do list.They displayed a remarkable discipline to unplug all sorts of extraneous junkDarwin Smith, CEO of Kimberly Clark made great use of the stop doing list
Start a “Stop Doing” list
The good to great companies institutionalized the discipline of “stop doing” through the use of a unique budget mechanism.If you look back, good to great companies displayed remarkable courage to channel their resources into one or a few arenas.
In conclusion
If you have confront the brutal facts of realityCreate a climate where the truth is heardWork within your three circlesFrame all your decisions in the context of the Hedgehog concept……then one can be correct in making big decisionsthe real question is once you know the right thing to do, do you have the discipline to do it