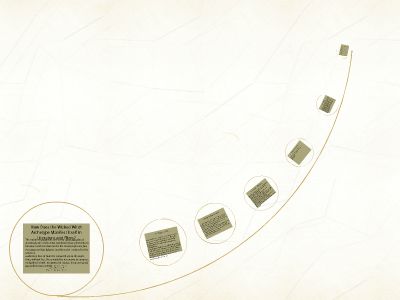 How Does the Wicked Witch Archetype Manifest Itself in ...

How Does the Wicked Witch Archetype Manifest Itself in Literature and Films?
The notion of a good or evil, evil or good, paradox is seemingly one of the most common literary elements in literature and one that can be the most perplexing but necessary so that balance is achieved or restored to the universe.Audiences love to hate the evil witch yet at the same time, without her, there would be no enemy to conquer, no battles to fight, no damsel to rescue, no green faced, wart-filled nose to melt.
Student: Barbara J. FranksDate: 28 April 2014Teacher: Barbara J. Hooker
The Wizard of Oz
The Wicked Witch of the West is the stereotypical evil being in the movie, The Wizard of Oz. She is the antagonist and out to own the magical ruby slippers that her antithesis, the protagonist, Dorothy wears.After the green hooked nosed, black dressed with matching hat, evil archetype is finally melted with a baptism of water, the movie’s over. The plot’s conclusion leaves viewers with the confidence that evil is dead. Good conquers! Peace is restored to the Land of Oz!
The Chronicles of Narnia
The White Witch inThe Chronicles of Narniais an evil and deceptive woman. She too is the antagonist and has super powers like being able to speak to animals. Her appearance is pale, cold, distant. She has a cold manipulative and sinister heart.In the end, she must relent to what is right in the land. The White Witch is one of the most horrifying evil archetypes in literature and film because she draws out the evil that exists in people.
The Tragedy of Macbeth
The “Weird Sisters”manipulatedMacbethand molded his ambition. They were somewhat responsiblefor hisdownfall and final demise.Inthe beginning, they foreshadowed hisfuture, thusstartinga tragic and evil pattern.In the conclusion, theyreassuredMacbeth by giving him false hope.Because of their evilness, Macbeth's fall waseven morepronounced at the end.The sisters embodied evil and were a manifestation that was necessary to temp, and deceive.They too were as ugly on the outside as they were on the inside.
Poison Ivy-Batman
(Insert Voice Clip w/Analysis Here.)Discussion of the archetypes: temptress –vs- wicked witch?
Sleeping Beauty
Maleficent is the same base evil gal with just a different outfit! She places a curse on the beautiful and fair maiden, Princess Aurora, so that on Aurora’s sixteenth birthday, she will prick her finger on a spindle and die.She is another evil archetype that has been die-cast: conjures spells, wears black, wears subhuman skin, lives in isolation, and can talk to animals.In the end, she is destroyed by the handsome, Prince Charming, who restores balance to their world because evil is destroyed.
In conclusion, the good fairy inSleeping Beautycast the spell and said, “That evil die, and good endure!”
The archetype of the evil witch is the embodiment of a sinister nature. The paradoxical balance must be maintained as surely as there is day or night. Every ray of light emerges from the darkness to create dawn. Without darkness there is no light; without evil there is no concept as goodness.All in a day’s work, evil is an unfortunate but necessary energy in the universe. Literature and films are but merely a reflection of them all.

Make amazing presentation for free
How Does the Wicked Witch Archetype Manifest Itself in ...