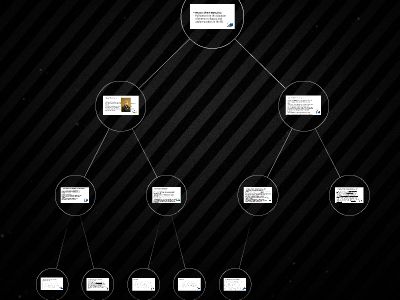 Report on the situation of women refugees and asylum ...

Report of the European Parliament on the situation of women refugees and asylum seekers in the EU
Rapporteur: Mary Honeyball MEP
Mary Honeyball
UK Labour MEP for London since 2000.Member of three committees: Women’s Rights, Legal Affairs and Culture.Member of delegations to South Africa, the Union for the Mediterranean and Palestine.Passionate campaigner for women’s rights for many decades prior to being elected.
Context of the report
According to UNHCR, women and children now make up the majority of those reaching Europe to seek asylum.Asylumsystems have largely been seen through the lens of male experience. Despite the creation of the Common European Asylum System (CEAS), law, policy and practice inMember Statescontinues to vary significantly and there is a noticeable gap in the protection given towomen.Womenwhofleeare vulnerable at all stages of their journeys; in countries of origin, transit anddestination. Violenceis a common feature throughout journeys to and within theEU:video.
Procedure for adoption of the report
October 2015: Engagement with stakeholders at European and national level (including End FGM Network)November 2015: First draftDecember 2015: Presentation and committee hearingJanuary 2016: Debate and vote in Women’s Rights committeeMarch 2016: Report adopted in plenary on International Women’s Day, 8 March
Key recommendations
Safeand legal routes to the EU must be made available for those fleeing conflict andpersecution. This will also help counter smuggling networks.The EU and Member States should ratify the Istanbul Convention.Member States should guaranteespecialised trauma counselling and psychosocialcare.The adoption of new, EU-wide gender guidelines on asylum.Gender should be fully mainstreamed into all aspects of migration and asylum policy from design, implementation to evaluation.
Refugee status determination (1/2)

Gendered forms of discrimination, includingFGM, constitutepersecution and should be valid reasons for seeking asylum in the EU andthisshould be reflected in new genderguidelines.More gender disaggregated data on the outlines of asylum decisions.Paragraph 15 deals with FGM directly (see next slide)More gender-sensitivity in credibility assessmentsThe need for gender differentiation of the list of so-called Safe Countries is adopted.Calls for reason-giving in positive asylum decisions.This would make available useful data on the Convention grounds on which asylum is being granted.
Refugee status determination (2/2)

15.  Urges the Commission to developinterpretative guidelines on FGMwhich give full consideration to the UNHCR Guidelines on gender-based persecution andGuidance Note on FGMand which clearly outline Member States’ obligations, with a particular focus on identifying and communicating with vulnerable asylum seekers; stresses thatFGM survivors may have difficulty in expressing their trauma from FGM; calls on the Member States to take measures to ensure that all forms of violence against women, including FGM, can be recognised as a form of persecution and that the victims can thus avail themselves of the protection offered by the 1951 Convention relating to the Status of Refugees, in line withArticle 60 of the IstanbulConvention;
The needs of women in asylum procedures (1/2)
Theright to request a female interviewer and interpreter and to have a personal interview separately from any thirdparties.Mandatory training for staff onsexual violence, trauma andmemory.Member Statesshouldguarantee full access to sexual and reproductive health and rights, including access to safe abortion, and to allocate additional resources to healthcare provision as a matter ofurgency.Women should have anindependent legal status from that of their spouse
The needs of women in asylum procedures (2/2)
27.  Notes with concern that many asylum case workers in the EU arenot familiar with FGM; calls on the Member States to work at national level with their asylum authorities to establish better procedures to help support and assist women and girls who have undergone or who are at risk of FGM;
Reception
Calls for Member States totake immediate measures to ensure that reception, transit and detention conditions are safe, humane and adequate, with separate accommodation and sanitation facilities for women andfamilies.Measures to prevent sexual abuse and gender based violence.Theneeds of vulnerable people such as women victims of violence and girls, in particular unaccompanied girls, should be prioritised in the reception procedures
Detention
Detentionof asylum seekers should beavoided.Womenasylum seekers and refugees have experienced extreme violenceanddetentionis likely to exacerbate existing trauma.The report callsfor an immediate end, in all Member States, to the detention of children, pregnant and nursing women and survivors of rape, sexual violence and trafficking, and for appropriate psychological support to be madeavailable.
Social inclusion and integration
Specific measures for labour market participation, including training, childcare provision and language classes.Transparent procedures for recognising qualifications obtained in countries of origin.Greater use of EU Structural and Investment Funds and the Asylum and Migration Integration Fund to promote gender equality.Comprehensiveand adequately resourced programmes to address the unmet short- and long-term health needs of women refugees, including psychosocial and traumacounselling.The direct involvement of women refugees themselves.

Make amazing presentation for free
Report on the situation of women refugees and asylum ...