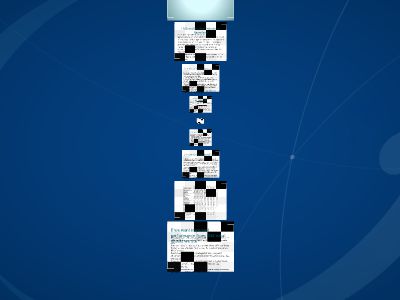 _-Beef Trade and Competition in Botswana

Beef Trade and Competition in Botswana
The Case of Ngamiland andGhanziRoman GrynbergNational Competition ConferenceMaun, Botswana -13thMarch 2014
FMD and the Beef Industry in Ngamiland
For almost eight years the cattle industry in Ngamiland has been excluded from both domestic and international trade altogether because of the approach taken by DVS to the treatment of FMD – it has been based on ever more vaccination and more fencing.The policy has failed because of the increasing interaction between buffalo which are main host for FMD and cattle.The consequence has been the impoverishment of the people of Ngamiland (Ovahererohave asked to return to Namibia)
Commodity Based Trade Approach
Under the OIE rules if you have FMD in your area you can’t export but the world’s biggest exporter of beef by volume is India and it has endemic FMD?How is it possible to export – there is an approach to management of trade which is compatible with the rules of the WTO which allows exports. This called Commodity based tradeAs long as the animal is itself not infected with FMD there is nothing wrong with beef from an FMD areas as long as it is deboned, lymph nodes removed and Ph Levels controlled. This approach is recognized by the OIE.It is possible to trade beef from the red zone to the green zone but the EU will not accept this.
How do we save Ngamiland from Economic Ruin?
Need to move over tocommodity based tradesystemZimbabwe has abandoned the approach we are using and has moved over to commodity based trade. It is now exporting beef to AngolaWe need to undertakea risk assessment in Ngamilandto demonstrate to the EU that there is no risk of our exports of beef from the green zone infecting EU cattle if we allow trade from Ngamiland to the rest of BotswanaThe beef from Ngamiland will not be able to achieve EU prices as long as there is FMD- EU will never accept CBT but we can sell Ngamiland beef to the rest of Botswana and use green zone beef for export to the EU.
Some serious problems with this approach
Batswana don’t want deboned beef they want low cost brisket on the bone for abrai.If we accept CBT for Ngamiland we will have no scientific basis for not allowing Zimbabwean beef to enter our market.On the horizon is the issue, apparently distant, of Tanzanian and Ethiopian beef which has endemic FMD and if permitted would decrease prices substantially in southern AfricaNamibia is already moving in this direction with the Caprivi Strip which has the same issues as NgamilandBotswana is a signatory to thePhakalaneDeclaration of SADC which endorses CBT but does nothing to implement.CBT at least allows some market access and decreases the clash b/w wildlife i.e. Tourism and agriculture.
Competition in the Beef Trade
Sir SeretseKhamanationalised the abattoir atLobatseat independence. He was not given to policies of state ownership so why did he do it?The abattoir at the time needed a minimum throughput of some 70,000 head to be economic. There was not sufficient herd and off-take for one abattoir to exist economically.It was a natural monopolyand could not stay in the hands of a private firm such as the owner CDC.BMC was given a legal monopoly on exports on the condition it paid reasonable prices.
Competition in the Beef Trade
With the demands of EU compliance there has been no study of what is the minimum efficient scale for an abattoir now but BMC now requires somewhere around 230,000-250,000 head to operate at full capacity. 2010 was its best year for along time at 179,000 headFarmers inGhanziwant another abattoir. But profitability at BMC rests on greater throughput.More abattoirs simply mean less profits because they divide a limited throughput. But that does not mean that one abattoir will make profits- witness BMC.In Namibia they have an independent abattoir atVytfleiwhich has not yet made a profit because it does not have sufficient throughput. Namibia has the same problem because ofweanerexports to RSA
If we want improved performance from BMC what should we do?
BMC absorbs all the surplus generated by European exports- in 2010 the farmer got nothing! BMC lost P727 million b/w 2009-2012.Farmer needs to be protected by a modified form of Export Parity Pricing because otherwise they become the residual claimant on BMC revenuesNeed to assure that BMC is managed competitively and efficiently. You have to sack some 500 workers and close at least one abattoir.Privatise its management – but only worthwhile if government has the will to run it like a business and keep political considerations out.Allow it to operate as a custom abattoir where many companies can pay for its services and they can export.