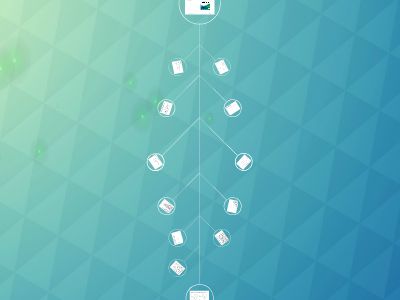 Chapter 8
Tort Law
Copyright©2017McGraw-Hill Education. All rights reserved. No reproduction or distribution without the prior written consent of McGraw-Hill Education.
Overview
LO8-1: How do we classify torts?LO8-2: What are some of the most common intentional torts and the elements needed to prove them?LO8-3: What types of damages are available in tort cases?
8-2
Chapter8Hypothetical Case 1
BobSwaby, owner of Fire and Ice Heating and AirConditioning,and Ben Christianson, owner of Thermostat DreamsHVAC,are bitter competitors. Both are determined to meet the heating and cooling needs of the small town of Valdese, NorthCarolina.For years, each business owner has sought tooutdothe other through price undercutting and other business practices, andtensionsbetween the twohavegrown.Christianson's wife and children go on vacation to Myrtle Beach, South Carolina while he stays behind. During this time,Swabyconcocts a devious scheme. One night he calls Christianson, disguising his voice and identifying himself as the head administrator at the Horry County, South Carolina Coroner's Office.Swabytells Christianson that his family has been murdered, and that he must come to South Carolina to identify the bodies and participate in the investigation of their deaths. Shocked and distraught, Christianson drives the six hours to Horry County, South Carolina. There, Christianson discovers he has been the victim of a very twisted joke.When he returns home, Christianson does not feel quite right. He has trouble sleeping, has difficulty concentrating on his job, experiences bouts of anxiety, and often feels despondent. He consults a psychiatrist, who diagnoses Christianson with a form of post-traumatic stress disorder.Assuming Christianson discovers thatSwabyis the perpetrator of the prank, does Christianson have an actionable civil claim againstSwaby? If so, on what legal theory should the action be based, and what is the appropriate amount of monetary damages?
8-3
Chapter 8 Hypothetical Case 2
WhenSylvia Wood talks, people listen.Asatalk-showhostwith her own nationally syndicatedtelevision program,"TheSylviaShow,"Wood reachesapproximately thirtymillionviewers each week.Herdedicated viewers are collectively referred to as"Sylvia'sMilitia,"and mostwait breathlesslyforWood'son-airblessings of products, people, and books.One of her recent programs has Wood in hot water. Wood devoted her September 30 episode to a food-borne illness commonly referred to as"crazy chicken"disease. During the past two years, approximately fifty people in the United States have developed physical symptoms after eating undercooked, diseased chicken. Apparently, chickens have developed the disease after eating substandard feed, and consumers have been affected down the food chain. Common symptoms include muscle contractions, nausea, and diarrhea.During the September 30 episode of"TheSylviaShow,"Wood interviewed a medical doctor, Dr. Tyson Fowler, who said that in his opinion, chicken was not safe for human consumption. In response, Wood had said"Dr. Fowler, if that is the case, I will never eat chicken again."Hearing of this episode, the United Poultry Growers Association sued Wood and"TheSylviaShow,"claiming commercial disparagement (the commercial equivalent of defamation.)Are the defendants Wood and"The Sylvia Show"liable for commercial disparagement?
8-4
Tort—Definition
A wrong or injury to another, other than a breach of contract
8-5
Purposes of Tort Law
Compensate innocent injured personsPrevent private retaliation by injured partiesReinforce vision of a just societyDeter future wrongs
8-6
Classification of Torts
Intentional torts: Occur whendefendanttakes action intendingcertainconsequencesorknowing they are likely to resultNegligent torts: Occur whendefendant acts in a way that subjects other people to unreasonable risk of harmStrict liability torts: Occur whendefendant takes action that is inherently dangerous and cannot ever be undertaken safely.
8-7
Common Intentional TortsAgainst Persons
AssaultBatteryDefamation (published,libel; spoken,slander)Invasion of privacy (false light, public disclosure of private facts, appropriation for commercial gain, and intrusion on an individual's affairs or seclusion)False imprisonmentIntentional infliction of emotional distressMisuse of legal procedure
8-8
Common Intentional TortsAgainst Property
Trespass to realtyPrivate nuisanceTrespass to personal propertyConversion
8-9
Common Intentional TortsAgainst Economic Interests
DisparagementIntentional interference with contractUnfair competitionMisappropriationFraudulent misrepresentation
8-10
Damages Available in Tort Cases
Compensatory damages: An award that makes plaintiff whole (puts plaintiff in same position he/she would have been in had tort not occurred)Nominal damages: A minimal amount that signifies defendant's behavior was wrongful, but caused no harmPunitive damages: Damages that punish defendant and seek to deter such conduct in the future
8-11
Chapter 8 Hypothetical Case 3
Officers Jones and Henderson are well-respected police officers in thetown of Woodlawn. Theyhave been recognized, both within the police department and by the community, for their outstanding service.Whileon patrol in downtown Woodlawn late one evening,theyobservea person sleepingon a park bench in the town square.The person isFred Ames, a homelessman knownin the community for his trouble with alcohol and illicit substances.Ameshas along historyof bad choices and bad luck, and most in Woodlawnknow him well. Woodlawndoes not have a law against vagrancy or homelessness.Determined to clean up the downtown area, the officers demand that Ames get in the back of the squad car. Reluctantly, and without the use of force on the part of Jones or Henderson, Ames complies. Officers Jones and Henderson transport Ames to a rural area, where they release him on a dark country road and warn him not to return to Woodlawn until he"cleans up his act once and for all."Have Jones and Henderson committed a tort against Ames? Are the officers within the privilege of their authority in removing Ames from the downtown area? Did the officers act unethically? Should Woodlawn implement a law against vagrancy/homelessness?
8-12
Chapter 8 Hypothetical Case 4
Regina Farrow had worked for Door Chime Industries for 35 years, and her colleagues decided to throw a party in her honor. Farrow had long been the person in her office who was the first to celebrate and acknowledge her colleagues'birthdays, anniversaries, engagements, and new babies, so they wanted to make the party a surprise—a party that, for once, shedidn't have to plan.All the planning went off without a hitch, and Farrowdidn't suspect a thing. When she was called into the office on a Saturday afternoon unexpectedly, she became worried that something was very wrong. As she opened the door, her colleagues jumped out and yelled, "Surprise!" Just like that, Farrow dropped dead of a heart attack.Farrow's family is devastated and plans a lawsuit against the company and the individuals who planned the party. Is this situation an intentional tort? Why or why not?
8-13