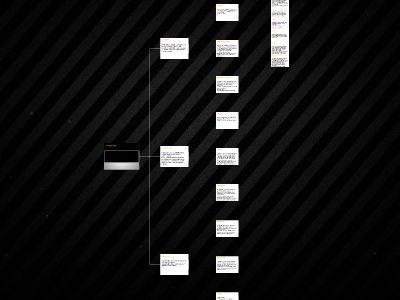 Street Law
Contracts
DO NOW
List the things you think you would need to have in a contract for it to be valid.Describe a contract that you have been in, or one that you have heard about. What made it a contract?
Catching Up
What we have done: Constitutional Law, Criminal Law, Domestic Violence.Today: ContractsNext 2 Sessions: Family Law, Torts/QuizMock Trial- Last 5-6 classes will focus on preparing for mock trial where you will either prosecute or defend an alleged murderer.
Objectives
Students will be able to list and describe the elements of a contract.Students will be able to draft versions of written and oral contracts.
Overview
Restatement of Contracts definition:A contract is a promise or a set of promises for the breach of which the law gives a remedy, or the performance of which the law in some way recognizes as a duty.We will focus on 4 topics:Offer and acceptanceConsiderationDuties and enforcementDefenses
Offer and Acceptance
Offer: Showing a willingness to enter into a bargain in such a way that another person would interpret that they could accept and it would conclude the negotiations.Can be through words or actions. Advertisements can be offers.Negotiations are not offers. Buyers have to be able to walk away from estimates or price quotes.
Offer and Acceptance
Acceptance- once an offer has been made, the other party can accept the offer in any reasonable way, including starting performance.The party who accepts can back out up until performance begins.Factors include:Were terms finalized? Did performance begin?
Practice
Discuss whether there was a valid offer and acceptance with your group.Explainyour answerson your handout.8 minutes.
Practice
1. Ever-titev. Green- The court ordered that the homeowner pay for transporting the materials, but not for the roofing itself.2.Ciaramellav.RDASincethe settlement was just an outline and there were uncertain terms, the court did not enforce it.3.Carlilv. Carbonic Smoke Ball- The company did not say the person had to notify of acceptance, so the person’s performance was enough.
Consideration
Consideration: A contract must include a promise and a return promise.It cannot only go in one direction. Both parties have to get something valuable (a good or service).A promise of a gift is not enforceable because one party gets nothing.The exchange doesn’t have to be equal- one person may value something more than someone else.
Enforcement
Substantial Performance- Doing exactly what is in the contract is not always possible, but the parties have to reasonably live up to the terms.If one party does not materially perform, the other party no longer has to perform.Failure to perform is called “breach.”
Enforcement
What happens when one party breaches?Damages- The party who is harmed can request money from the other party equal to the loss from the breach.Specific performance- If it is still possible to perform the contract, the court can require the party to perform.
Practice
Think-Pair-ShareRead thefact pattern on your work sheetto yourself, then spend about 3 minutes explaining whether you think one party breached the contract, and what the court should do, if anything.Then, you will share with your group for about 5 minutes.
Practice
Hawkins v. McGee- The court said that you can recover damages for the difference between what you expected to get in the contract and what you actually got.In this case, Sam would be able to recover the difference in value between a good hand and a hairy hand.Doctors and lawyers would work together to determine that value.
Defenses
Certain things can make contracts void even though both parties agreed on the terms and there was valuable consideration.Unconscionability- If one party tricked another party into agreeing to an unfair contract, the court may not enforce it.Often comes up when businesses try to trick poor or uneducated clients.
Defenses
Fraud or Duress- Lying or misrepresenting something in negotiations can make a contract void.Also, taking advantage of someone in a bad situation can make a contract void.If a company knows about a flaw in a product and covers it up, the contract to buy it is void.
Defenses
Criminality/PublicPolicy- If the terms of a contract require illegal behavior, or if they go against Congress’ stated goals, it will be declared void.
Practice
Practice- Have one member of your table read the following facts out loud, then discuss whether the contract should be declared void for any of the reasons discussed above. 5 minutes.Discuss the issues, but you are not required to write them down. We will hear each group’s opinion at the end of 5 minutes.
Assignment- Drafting a Contract
We will divide into 6 groups. You will have the rest of class to draft a contract.Each group will get a sample contract, a fact pattern, and will have the choice to draft either an oral or written contract.For an oral contract, write a dialogue between the parties that would create a valid contract.For a written contract, use the sample written contract for suggestions.