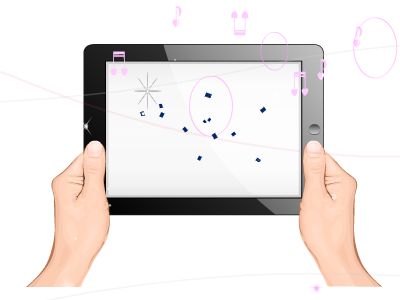 SEARCH AND SEIZURE
Gregory M. CaskeyJudge of the Superior Court, State of California (Ret.)
Davis v. United States131 S.Ct. 2419 (6/16/11)
Issue: Should exclusionary rule be modified to permit use of evidence seized by police in reliance on existing Supreme Court precedent?New York v. Belton, 453 U.S. 454 (1981)Arizona v. Gant,556 U.S. 332 (2009)
Ashcroft v. al-Kidd131 S.Ct. 2074 (5/31/11)
Issue: Is “motive” relevant when suspected terrorist is seized pursuant to material witness warrant?When, if ever, is “motive” or “purpose” a relevant factor in deciding whether a search or seizure violated the fourth amendment?
Kentucky v. King131 S.Ct. 1819 (5/16/11)
Issue: What test should be used to determine whether police “manufactured” the exigency?Was the conduct of the police preceding the exigency reasonable?Did the police threaten to force entry if occupants did not open the door?Court rejects other tests including any focus upon the good or bad faith of the officer.
City of Ontario v. Quon130 S.Ct. 2619 (6/17/10)
Issue: Was search of government employee’s cell phone by employer a violation of the employee’s reasonable expectation of privacy?Questionable whether the employer conducted a “search” of the cell phoneWould/should the analysis differ if the cell phone was owned by the employee?
United States v. Jones(cert. granted 6/27/11)
Issue: Did warrantless installation of GPS tracking device and 24 hour monitoring for 28 days violate Jones’ reasonable expectation of privacy?
Search Incident to Arrest
Overview and PerspectiveLeading Supreme Court decisionsChimel v. California,395 U.S. 752U.S. v. Robinson,414 U.S. 218 (1973)Arizona v. Gant,556 U.S. 332 (2009)Bright and Not so Bright Lines
Key Factors
Custodial arrest?Where was object (weapon, evidence) found?On the person (or closely associated)?Within reach?When was the object found (in relation to the arrest)?
Chimel v. California395 U.S. 752 (1969)
When police make an arrest, they may searchThe person being arrested;Containers in his or her possession (either on or “closely associated with” the person);Weapons or destructible evidence in the “area within arrestee’s immediate control.”“Twin rationales”:Officer safetyandpreservation of evidence
Chimelcritical distinction
Any object or container foundonthe arrestee’s person orclosely associated with the personat the time of arrest, may be searched without a warrant.A search for weapons or destructible evidence “in the immediate area” of the arresteeat the time of arrestis permissible if the officer had a reasonable belief such items would be found in the location searched.
Reason for Arrest
Is thereasonthe person was placed into custody a factor in determining whether a “search incident to arrest” is lawful?Search of person or items “closely associated with the person” vs.Search of “area within immediate control” for weapons or destructible evidence.
Delaying the Search?
For officer safety, an officer may delay the search incident to arrest until the arrestee has been secured. True or False?U.S. v. Edwards,415 U.S. 800 (1974) andU.S. v. Chadwick,433 U.S. 1 (1977)
Must becustodialarrest
A search incident to arrest is limited to acustodialarrest.Fourth Amendment is not violated if an officer places a person into custody for a fine-only infraction committed in the officer’s presence.Atwater v. City of Lago Vista,532 U.S. 318 (2001)
Use of Force
An officer may usereasonable forceto conduct a search incident to arrest;Preventing an arrestee from ingesting illegal substances is permissible so long as the force used is not excessive.Obtaining samples of blood, saliva or hair are reasonable provided the seizure does not expose the arrestee to an unjustifiable element of personal risk of infection or pain.
Cell Phones
Contain vast amount of private information.Should such electronic devices be accorded greater protection than any other “file” or “container”?Is there a temporal limit to a search of a cell phone seized at the time of arrest?On or closely associated“Area of immediate control”
Search of Vehicle
A search of a vehicle, or containers inside a vehicle, incident to the arrest of an occupant or recent occupant is no longerautomaticallypermitted.Search for weapononlywhile arrestee is unsecured and able to access the vehicle (which should never occur!);Search for evidenceonlyif the officer has “reason to believe” suchrelevantevidence will be located therein.
Narrowing the Exclusionary Rule
Judicially created modification of the exclusionary ruleUnited States v. Calendra,414 U.S. 338 (1974)United States v. Leon,468 U.S. 897 (1984)
Further Narrowing
Arizona v. Evans,514 U.S. 1 (1995)Hudson v. Michigan,547 U.S. 586 (2006)Herring v. U.S.,555 U.S. 135 (2009)Davis v. U.S.,___U.S.__, 131 S.Ct. 2419 (2011)
Herringexamined
Sole purpose of exclusion isdeterrenceExclusion is aseparateissueDeterrence tied toculpabilityof the officer’s conductWas the officer’sconductadeliberate, reckless or grossly negligentdisregard of 4thAmendment?Simple “isolated” negligence?Objectively “reasonable good faith belief”?
When officer is wrong
Should analysis of good faith depend upon whether the mistake is one of fact, law or combination of both?Is the officer’s state of mind relevant on whether his or her conduct was objectively reasonable?Culpability for failing to know the law?
Questions?
[email protected]