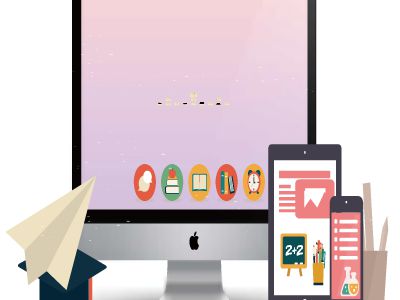 Richard II:From Ceremony to Farce
What happens to Richard in the radically changing universe of the play where old Chain of Being values no longer apply?
Richard’ssuffers a metaphorical destabilization of the old order in the language spoken about him directly afterBolingbroke’s speech:3.3.61-70, p.64
He then undergoes a literal, physicaldescent from the battlements,3.3.177-182, pp. 67-68.
The Structure of the Elizabethan Public Stage:
New Globe (exterior), 1996Sketch of the Swan Theater (by Johannes de Witt), c. 1596NewGlobe (stage), 1995New Globe(heavens), 1996Heavenlymasquerwho might be lowered from the “heavens” (1605)Sketch ofGlobe(heavens anddeuxexmachina)New Globe (stage and galleries), 1997
The overhanging canopy was called the “heavens” and the stage represented “the earth.”What did the yard or pit stand for where the groundlings stood?
StreetHellFieldParlorSlum
On his downward trajectory from his highplaceas King, Richard comes to understand “Perspectural" destabilization:He comes to see his ordered universe (ordered by the old concept of the Chain of Being) as itself a “mere” fabricatedconceit, or maskedness.He comes to see himself as merestory, a “representation,” increasinglyopento interpretation.And, in viewing his reign thus awry, he comes to see the grievous skull in the picture of his ordered universe (his ownmortality);3.2.144-77, pp. 58-59
Richard loses his sense of stable self, which is prelude to his losingHisplace(King)Hisname(speaking of himself in the third person, he says, “Must he lose / The name of king? A God’s name, let it go” (3.3.144-145, p. 33)Hisvery being, as he becomes at the opening of Act 4, “nothing” (l. 200, p. 81)“Ay, no; no, ay: for I must nothing be”
“Ay, no; no, ay: for I must nothing be”
Could someone come up and write out on the board a possible translation of the first words of thisline (up to the colon)?
Possible interpretations of “Ay, no; no ay”:Yes, no; no, yesYes, no; no II, no; no, II know no I
In his death-bed speech, John of Gaunt reproaches the King, nostalgically invoking the old Chain of Being order:2.1.1-68 (pp. 28-29)
This speech belongs to the world of the first tournament: a ceremonious, static, corporate world (a chain of being).
What is the significance that in Gaunt’s long death-bed invocation of the old Chain of Being order, he finally introduces the verb to his sentence at l. 59: "Isnowleas'd out“?
The delayed verb stresses just how long-winded Gaunt isThe delayed verb stresses the destabilizing of being by its sudden detaching of land from established identity through “leasing”The delayed verb shows how important it is for economics to finally enter into Gaunt’s and Richard’s vision
Ceremony Re-presented
4.1.1-90 (pp. 74-78)clearly evokes the gage scene that opens the play.But it is left out of the BBC production.Let’s enact it: we need8 volunteers (one non-speaking),using books for gages.Aumerleand Fitzwater needtwo books/gages.
What is Shakespeare's most likely purpose in inserting this second gage scene at this point in the play?
Conclusion:
the second gage scene represents the structure of the first but brings out the element ofshowall men are playing out apolitical gameoath-making becomesfarceAnd the farce keeps being re-presented, as in the ridiculous scene put on by the Duke and Duchess of York for Bolingbroke in 5.3.23-145.Bolingbroke’s comment about this “show”:Our scene is alt’red from a serious thing,And now changed to “the Beggar and the King”(5.3.78-79)