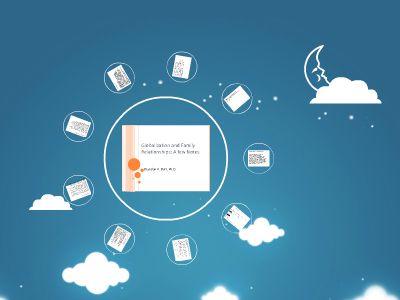 Globalization and Family Relationships: A few Notes
Brandon K. Burr, Ph.D.
Globalization in a Diversified World
Aspects of globalization have numerous influences on family relationshipsToday’s families live in a world that is complex, interconnected, and continuously evolving…Continuous changes are evident in the economy, environment, technology, and migration shiftsIt is important to promote a global consciousness about families that involves personal and public concern about the effects of globalization on family relationships(Darling &Turkki, 2009)
Family Issues at a Global Level
What would you say are among the top issues influencing families at a world-wide level?Darling andTurkki(2009):277 respondents from 6 continents and 50 countriesTop Five:Drug and alcohol abuseAgingFamily ViolenceAdolescent HealthUnemploymentBottom Five:InfertilityAdoptionHomelessnessFamily StructureCohabitationAnything surprising about these results?
Families and globalization: A few areas of Consideration
Work-family issues: greater pressures for workers to accept lower wages, longer hours, and fewer benefits, or companies will move their factories to another countryLimited family-friendly policies to help families balance work andcaregivingresponsibilitiesMay result in increased international migration:Disconnection of family members between their nuclear and extended familySome families maintain communication, but quality time is lost and family members are not present for significant family transitions, thereby losing important contacts over time.(Darling &Turkki, 2009)
Demographic Shifts: Migration, Immigration, and Diversification
E.g., Hispanics accounted for more than half of the U.S. population increase during the past decade, reaching a new census milestone: 50 million, or 1 in 6 Americans…Hispanics and Asians were the two fastest growing demographic groups since 2000.Acculturation factors. . .Acculturation generally refers to the changes in values, beliefs, and behaviors a minority group undergoes as it adapts to the majority culture (Berry, 1997)“Acculturation gap”: some family members acculturate faster than others (children often acculturate more quickly)Family conflict can happen as a resultShifting of values (individualism vs. collectivism)
Socialization Practices
Globalization and associated effects (increased diversification of the population, acculturation factors) highlight influences on family processes. . . How are diversity themes managed in the home?Racial and ethnic socialization has to do with the processes by which parents or other family members instill as sense of cultural pride and cultural knowledge in childrenTeaching children about discrimination they may face growing up and potential ways for handling such issuesRacial and ethnic socialization are protective factors (reduced behavioral problems, increased academic achievement, etc.)(e.g., Anton, 2009)Potentially counteract negative influences of globalization (e.g., increased ethnic pride, and buffering of discrimination)How families talk about/manage globalization influences in the home appears to play a role in the nature of the globalization impact
Socialization of Prejudice
Socialization processes have multiple potential outcomesSocial learning theory, suggests that prejudice is learned in the same way other attitudes and values are learned, primarily through association, reinforcement, and modelingChildren are not born with prejudiced attitudes or with stereotypes. They learn values and beliefs from their family, peers, teachers, the media, and others around them. In other words, children learn prejudice through socializationCould result in increasing negative aspects of globalizationElevating school and community conflict and violencePotentially disrupting family relationships
Widening the Lens
The family as a system…?Importance of the familyecosystemicperspectiveIndividuals and families embedded within multiple interacting contexts: close relationships, community contexts (schools, religious and community institutions, etc.), and the role of broader societal factorsAn ecological model suggests that in order to prevent family concerns related to globalization, it is necessary to examine multiple issues simultaneously from several different levelsBoost protective factors and reduce risk factors (focus on increasing resource access and resilience)(Darling &Turkki, 2009)
“Countries will have to find creative ways to deal with population growth, mobility, aging, diversity, and worldwide health problems, as these issues will remain in constant flux”(Darling &Turkki, 2009)
What are some of the ways you see globalization having an effect on those you work with?