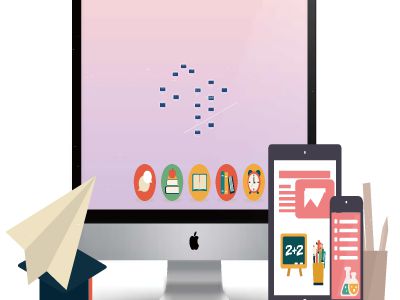 Structure of Legal Rules and the Treatment of Horizontal ...

The Modern Trustbusting Debate
William E. KovacicGeorge WashingtonUniversity/King’s College LondonEmerging Trends in Competition PolicyBruegel, 11 December 2018
Competition Law and Dominant Firms: Context
YesterdayUS System 40 Years Ago: Uniquely interventionistTodayEU System: Globally preeminentUS System: Portrayed as desperately inadequate“Trustbusting in the 21stCentury,” The Economist, November 17, 2018
Three Questions for This Afternoon
What Happened?Why Did It Happen?What Will the Future US Role Be Globally?Caveat: My Views OnlyContact: [email protected]
What Happened? The US Experience
What Did the US Federal Agencies Do?Cases Filed?Cases Considered, but Rejected?
ModernCommentary
Richard Blumenthal & Tim Wu,New York Times,May 18, 2018“Enforcement of the antimonopoly laws has fallen: Between 1970 and 1999, the United States brought about 15 monopoly cases each year; between 2000 and 2014 that number went down to just three.”
The Economist(June 16-22, 2018)
“Yet, if anything, America needs a more activist approach to antitrust. In 1970-99 regulators brought an average of 16 cases per year; in 2000-14, that number fell below three.”
The Economist, Nov. 17, 2018
Chart on Page 10: “All Quiet on the Western Front”“Number of cases brought by competition regulators against firms abusing dominance”2000 to 2017: Flat Line at ZeroSource:Guitierrez&Philippon, “How EU markets became more competitive than US markets” (2018)
But What About?
FTC Cases 2001-2017: A Few ExamplesBristol Myers SquibbUnocalRambusIntelAbbVieQualcomm
Mundane But Fundamental Problem
No Common Understanding of ActivityWhy?Poor agenda data reportingPath dependent narratives: academics/journalistsResult-driven researchAn Agenda for International Bodies?
Why Did the US Changes Happen? Bork Did It
The Economist, Nov. 17, 2018“This learned helplessness reflects the tricky legacy of Robert Bork, an American scholar and judge who wrote theAntitrust Paradox, a deeply influential book published in 1978.
Why Did the Changes Happen? Cowardice and Contentment
The Economist, Nov. 17, 2018“When you come into contact with the competition establishment in the rich world – regulators, academics, lawyers – the cruelest comparison is with financial watchdogs before the 2008-09 crash. . . . Most competition authorities are unwilling to be held accountable for the level of competition in the economy; indeed, they go further and insist that it is impossible to measure.”
Why Did the Change Happen? Capture
The Economist, Nov. 17, 2018“[C]ompetitionregulators have been captured. . . . Competition regulators have a dated view of the economy and, in official forums about how to reform competition policy, lawyers acting for private firms are given undue weight.”
Why Did Change Happen? Caution About the Popular Narratives
Chicago Takeover?Modern Harvard School (Areeda, Turner, Breyer) and its anxiety about US private rights of actionExample: FTCRambuscaseCowardice and Contentment?Modern impact evaluation programsCaptureHow to explain activism by those with strong private bar connections? E.g., FTC 1970-1975
Why Did Change Happen? Better Agency Disclosure Would Help
Example: Obama Administration and Dominant Firm ConductFTC and GoogleDOJ 2009-2016
What Will Be the US Role in the Future?
Results of Pending LitigationExample: FTCQualcommcaseThe DOJ/FTC RelationshipThe CourtsLegislation

Make amazing presentation for free
Structure of Legal Rules and the Treatment of Horizontal ...