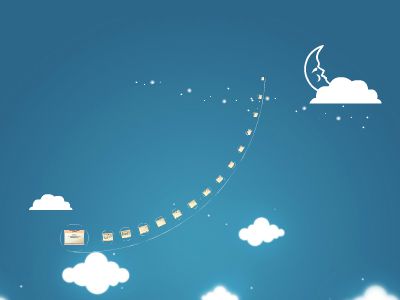 Chapter 6The Political Environment:A Critical Concern
International Marketing15thedition
Philip R.Cateora, Mary C.Gilly, and John L. Graham
Stability ofGovernment Policies
Five main political causes of international market instabilitySome forms of government seem to be inherently unstableChanges in political parties during elections can have major effects on trade conditionsNationalismAnimosity targeted toward specific countriesTrade disputes themselves
2
Roy Philip
Political Risks ofGlobal Business
Confiscation– the seizing of a company’s assets without paymentExpropriation– where the government seizes an investment but makes some reimbursement for the assetsDomestication– when host countries gradually cause the transfer of foreign investments to national control and ownership through a series of government decreesMandating local ownershipGreater national involvement in a company’s managementAn example of domestication is given on the next slide
3
Roy Philip
Domestication - Example
A good example of domestication can be seen in thenationalization of Air-India (formerly called as TataAirlines). Tata owned and operated Air-India andIndian Airlines until they were nationalized by theIndian Government, much to Tata’s chagrin. Veryrecently, the Indian government has asked Mr. RatanTata, chairman of the Tata group, to head anadvisory panel to revive Air India.http://www.bloomberg.com/apps/news?pid=newsarchive&sid=ag_NJBLk6TVo
4
Roy Philip
Economic Risks (1 of 2)
Exchange controlsStem from shortages of foreign exchange held by a countryLocal-content lawsCountries often require a portion of any product sold within the country to have local contentImport restrictionsSelective restrictions on the import of raw materials to force foreign industry to purchase more supplies within the host country and thereby create markets for local industry
5
Roy Philip
Economic Risks (2 of 2)
Tax controlsA political risk when used as a means of controlling foreign investmentsPrice controlsEssential products that command considerable public interestPharmaceuticals , Food, and GasolineLabor problemsLabor unions have strong government support that they use effectively in obtaining special concessions from business
6
Roy Philip
Political and Social Activists (PSAs)
Not usually government sanctionedCan interrupt the normal flow of tradeRange from those who seek to bring about peaceful change to those who resort to violence and terrorism to effect changeWorldwide boycott of Nestle productsThe Internet has become an effective tool of PSAs to spread the wordProtest rallies against the U.S. – Iraq War
7
Roy Philip
Nongovernmental Organizations (NGOs)
Nongovernmental organizations (NGOs) are increasingly affecting policy decisions made by governmentsProtestsLobbyingCollaborations with governmental organizationsMany also are involved in mitigating much of the human misery plaguing parts of the planetRed Cross and the Red CrescentAmnesty InternationalOxfamUNICEFCare and Habitat for Humanity
8
Roy Philip
Violence and Terrorism
International warfare is fast becoming obsolete as the number of wars have declined steadily since the end of the Cold WarThe greatest threat to peace and commerce for the twenty-first century remain civil strife and terrorismTourism and International education are two industries that have been affected by terrorism.The latest fresh wave of terrorism is seen in the attacks by Sudanese terrorists on ships that sail in what has become known as the “horn of Africa.”
9
Roy Philip
Cyberterrorism and Cybercrime (1 of 2)
The internet is a vehicle for terrorist and criminal attacks to inflict damage on a company with little chance of being caughtBy foreign and domestic antagonistsIt is hard to determine if a cyber attack has been launchedBy a rogue stateA terroristA hacker as a prank
10
Roy Philip
Cyberterrorism and Cybercrime (2 of 2)
Each wave of virusesGets more damagingSpreads so rapidly that considerable harm is done before it can be stoppedTools for cyberterrorism - can be developed to do considerable damageTo a company,An entire industryA country’s infrastructureMounting concern over the rash of attacksBusiness leaders and government officials addressed a Group of Eight conference
11
Roy Philip
Politically SensitiveProducts and Issues
Politically sensitive productsAre perceived to have an effect on the environment, exchange rates, national and economic security, and the welfare of peopleAre publicly visible or subject to public debateHealth is often the subject of public debate, and products that affect or are affected by health issues can be sensitive to political concernThe European Union has banned hormone-treated beef for more than a decade
12
Roy Philip
Lessening Political Vulnerability (1 of 2)
Relations between governments and MNCs are generally positive if the investmentImproves the balance of payments by increasing exports or reducing imports through import substitutionUses locally produced resourcesTransfers capital, technology, and/or skillsCreates jobsMakes tax contributionsPolitical parties often focus public opinion on the negative aspects of MNCs whether true or falseAs scapegoats for their own failureTo serve their own interests
13
Roy Philip
Lessening Political Vulnerability (2 of 2)
Strategies that MNCs use to minimize political vulnerability and riskJoint venturesExpanding the investment baseLicensingPlanned domesticationPolitical bargainingPolitical payoffs
14
Roy Philip
Government Encouragement
Most important reason to encourage foreign investmentTo accelerate the development of an economyU.S. government motivated for economic as wellas political reasonsEncourages American firms to seek business opportunities in countries worldwide including those that are politically riskyDepartment of CommerceInternational Trade AdministrationAgencies that provide assistance to U.S. companiesExport-Import Bank (Ex-Im Bank)Foreign Credit Insurance Association (FCIA)The Agency for International Development (AID)The Overseas Private Investment Corporation (OPIC)
15
Roy Philip