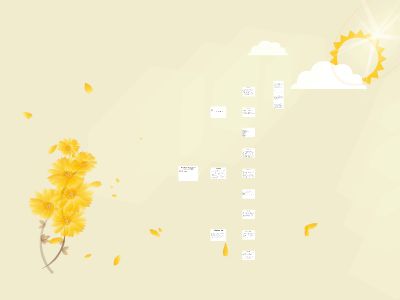 H1-antihistamines for chronic spontaneousurticaria
KHOA NỘI 2BS NGUYỄN THÚC BỘI NGỌC
EditorialGroup:Cochrane Skin GroupPublished Online: 14 NOV 2014Assessed as up-to-date: 3 JUN 2014
Background
Chronicspontaneousurticaria(CSU) is a conditioncharacterisedby a rash of red itchy raisedwealsor hives, which appear for no identifiable reason.'Spontaneous' differentiates this type ofurticariafrom 'inducible' or 'physical'urticaria, for which there are specific triggers such as cold or pressure.'Chronic' indicates that the condition has continued for at least six weeks. Hives may be intensely itchy, and the appearance may be unsightly and distressing to sufferers.Insome cases, hives can be accompanied by deeper swelling, known asangio-oedema, which is most common around the eyes and mouth.
Antihistamine H1 drugs
Antihistamine H1 drugsare the mainstay of treatment forurticaria, although they control the condition rather than cure it.ManyantihistaminesH1 areavailable to buy without a prescription, including brand names such asClarityn,BenadrylandPhenergan.
Antihistamine H1 drugs
H1-antihistaminesusually are classified as first or second generation, according to their chemical structure and properties.First-generation antihistamines- Consists of drugs can pass through the blood brain barrier easily,recepxorH1 effect on both the central and peripheral, have strong sedative, antiemetic, andanticholinergiceffects like atropine.- Canbe useful for treating sleep disturbance due to itching.
Antihistamine H1 drugs
Second-generation antihistamines:- Consists of very few drugs pass through the blood brain barrier,- Has a long half-life, little effect on the central H1, H1 is effective only on the periphery, noanticholinergiceffects, no sedation and not effective against nausea, motion sickness c amalgams.
First-generation antihistamines-Hydroxyzine. (atarax).-Diphenhydramine(benadryl,nautamine)-Chlorpheniramine,-Promethazine(phenergan)-Cycloheptadin.-Alimemazin.Second-generation antihistamines-Cetirizine. (zyrtec)-Loratadine. ((clarytin);-Fexofenadine. (telfast)-Levocetirizine.-Desloratadine.
Antihistamine H1 drugs
Cetirizine:- AlthoughCetirizineis a second generation H1 antagonists but could more or less sedative effects in some patients.- The drug is not metabolized by the liver to work faster and less interaction with other drugs.-Cetirizineis one H1 antagonists may work best for prevention of allergic skin reactions.- The drug can be used for children 6 months and older.Loratidine:-Loratidineis one H1 antagonists are widely used in the world and can be purchased without the application.- The drug is metabolized by the liver and work a little slower than the second-generation H1 antagonists others.- The drug can be used for children 6 years and older.
Antihistamine H1 drugs
Fexofenadine:-Fexofenadineis the metabolic activity ofterfenadine, long-acting drugs and are less likely to cause drowsiness.- The drug is not metabolized by the liver and little interaction with other drugs.- The drug can be used for children 6 years and older.Desloratidine:- A metabolite ofloratidinebasic, very few drugs have sedative effects and works well in many different allergies.-Desloratidinenot metabolized by the liver so it is less likely to cause drug interactions.- The drug can be used for children 6 months and older.
Review question
WhichH1-antihistamines are effective and safe for CSU?ObjectivesTo assess the effects of H1-antihistamines for CSU.
Search methods
We searched the following databases up to June 2014: Cochrane Skin GroupSpecialisedRegister, CENTRAL (2014, Issue 5), MEDLINE (from 1946), EMBASE (from 1974) andPsycINFO(from 1806).We searched five trials registers and checked articles for references to relevantrandomisedcontrolled trials.
Study characteristics
- Weincluded 73randomisedcontrolled trials, with 9759 participants of all ages and looked for complete suppression ofurticaria.- Theduration of the intervention was up to two weeks (short-term) or longer than two weeks and up to three months (intermediate-term).
Key results
Weinvestigated clinical trials in which one therapy was compared against another or against placebo (direct comparisons).Cetirizin:We found that for general use, 10 mg once daily ofcetirizinefor short-term and intermediate-term duration was effective in completely suppressingurticaria.
Levocetirizin:Levocetirizinat 5 mg was effective for complete suppression in the intermediate term but not in the short term. A higher dose of 20 mg was effective in the short term, but 10 mg was not.Desloratadine:Some benefit may be associated with use ofdesloratadineat 5 mg for at least an intermediate term and at 20 mg in the short term.
Adverse events, such as headache or dry mouth, are tolerable with most antihistamines. Evidence is less clear for improvement in quality of life (e.g. reduction in sleep disturbance from itching, less distress from the appearance of hives)We cannot say whether one antihistamine works better than all the rest, as we did not have head-to-head evidence for every possible treatment comparison.
Conclusions
The results of our review indicate that at standard doses of treatment, several antihistamines are effective when compared with placebo.No single H1-antihistamine stands out as most effective.Cetirizineat 10 mg once daily in the short term and in the intermediate term was found to be effective in completely suppressingurticaria.
Evidence is limited fordesloratadinegiven at 5 mg once daily in the intermediate term and at 20 mg in the short term.Levocetirizineat 5 mg in the intermediate but not short term was effective for complete suppression.Levocetirizine20 mg was effective in the short term, but 10 mg was not.No difference in rates of withdrawal due to adverse events was noted between active and placebo groups.