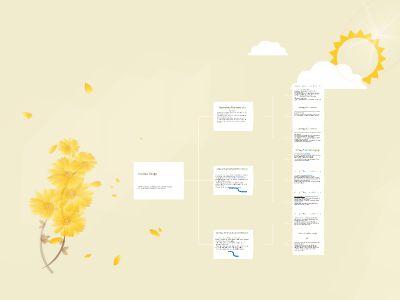 Comma Usage
Adaptedby Algonquin College fromcontent provided by Capital Community College and Professor Charles Darling.
Separating Elements of a Series
Use acommato set off the elements of a series (three or more things), including the last two.Myfavoriteuses of the Internet are sending email, surfing the Web, and using chat rooms.You may have learned that this comma is not necessary. Sometimes, however, the last two items in your series will glom into one if you don’t use the so-calledserialorOxford comma.

Use a comma and a coordinating conjunction (and, but, or, nor, for, yet, so) to separate twoindependent clauses.The public seems eager for some kind of gun control legislation, but the congress is obviously too timid to enact any truly effective measures.If the two independent clauses are brief and nicely balanced, this comma may be omitted, but the comma is always correct.Our team is very good but their team is better.
Separating Independent Clauses
Use commas to set off introductory elements.Anxious about the upcoming winter, settlers began to bicker among themselves about supplies.In the winter of 1644, nearly half the settlers died of starvation or exposure.If the introductory element is brief and the sentence can be read easily without the comma, it can be omitted.In 1649 the settlers abandoned their initial outpost.
Setting off Introductory Elements
Use a comma to separatecoordinate adjectives.Coaches grew weary of running practices in the drafty, dreary, dilapidated gymnasium.The designs for an expensive, modern gym should make them happy.Generally, if you could put abutor anandbetween the adjectives, you should put a comma between them. For example:an expensiveandmodern house = an expensive, modern housebut…a little old house = a little old housebecause we would probably not say “a littleandold house” or “a littlebutold house.”
Separating Coordinate Adjectives
Use a comma to set off elements that express a contrast or a turn in the sentence.The house was cute, but too expensive for the newlyweds.They were looking for something practical, not luxurious.
Setting off a Contrast
Use a comma to set off states and countries, years (in a full date), titles, etc.The conference was originally set for Geneva, Switzerland, but was then rescheduled for Chicago, Illinois.Their wedding date was set for August 5th, 2000,in the College chapel in Newton,Massachussets.TashondaKlondike, Chair of the Ways and Means Committee, submitted the committee’s final report.
Setting off a Contrast
Use a comma to set offquoted language.Frost’s poem “Fire and Ice” begins with the lines, “Some day the world will end in fire, / Some say in ice.”“Fire when ready, Gridley,” the Admiral said.“We can’t see into the future,” said the President, “but we have to prepare for it nonetheless.”
Setting off Quoted Language
Use a comma to set offparenthetical elements.This is the most difficult rule in comma usage. A parenthetical element is “added information,” something that can be removed from a sentence without changing the essential meaning of that sentence.Deciding what is “added information” and what is essential is sometimes difficult.
Setting off Parenthetical Elements
Setting off Parenthetical Elements
Parenthetical elements:when anappositive phrasecan be removed from a sentence without changing its meaning or making it ambiguous. For example:Robert Frost, perhaps America’s most beloved poet, died when he was 88.Anabsolute phraseis treated as a parenthetical element:Frankly, it doesn’t seem to matter.
Setting off Parenthetical Elements
Anaddressed person’s nameis always parenthetical:I am warning you, good citizens ofHartford,this vote is crucial to the future of our city.An interjection is treated as a parenthetical element:Excuse me, but there are, of course, many points of view that we must consider before voting.
A Word on Over-Usage
Don’t over-use commas! When a comma is needed, use it, otherwise, do without.Reviewing the rules of comma usage will help you understand the way sentences are built – and that, ultimately, will help you become a better writer. Be sure to check out the Commas section of the Guideto Grammar and Writing!
,