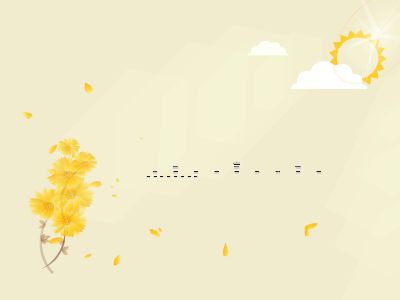 The 2013 Missouri College Student Veteran Assessment
A Presentation of Partners in Prevention
Introduction to Partners in Prevention
Partners in Prevention (PIP) is a campus coalition of 21 colleges and universities across Missouri dedicated to promoting health and safetyEvaluation Services of PIP:-Missouri College Student Health Behavior Survey (MCHBS)-Missouri College Student Veteran Assessment (MCSVA)SAMSHA Grant: Federal Suicide Prevention Grant for PIP to address two at risk populations, student veterans and LGBTQResearch Briefs Available @ http://pip.missouri.edu/research
Survey Overview Continued
The Missouri College Student Veteran Assessment (MCSVA) was designed to evaluate the engagement, help seeking behaviors and experiences of veterans on Missouri college and university campuses.Implemented in October 2012 on 6 campuses with a 18% response rate.Implemented in October 2013 on 8 campuses with a 18% response rate.
Survey Overview
Students were pulled from a registered list of student veterans on each campusAllof the approximately3,000names were used and surveys sent out to those identified.533 students respondedFinalN=438veterans providing data
Veterans Demographics
68% were previously members of the armed services.32% are currently members of the armed services.63% have been deployed to an area of hazardous duty overseas.-10% deployed to hazardous duty within the United States.83% of respondents were full-time students.Over 4% described themselves as “gay, queer, lesbian, or bisexual.”
Support for Personal Concerns
When personal concerns arise, whom do you turn toONCAMPUS:-40% Friends/Peers-24% Faculty/Professor-18% Vet’s Support Group-18% Campus Vet. Services-15% University Counseling
When personal concerns arise, whom do you turn toOFF CAMPUS:-60% Friends/Peers-50% Dating Partner/Spouse-45% Parents-40% Siblings/Extended Family-19% Religious Advisor-29% Veterans Affairs
Stress
20% of veterans describe their stress as “overwhelming or unbearable.”4 in 5 veterans (82%) reported that academic concerns was the main source of stress, followed by financial concerns (52%)
PTSD and MentalHealth Concerns
41% of veterans reportanxiety28% report chronic sleepissues17% reportpanicattacks12% report suicidal thoughts
Sense of Belonging
72% of veterans feel welcomed on campus by faculty and staff, but only 57% feel welcomed on campus by their fellow students.“I see myself as part of the campus community”39% agree, 32% disagree“I feel that I am a member of the campus”38% agree, 34% disagree“I feel a sense of belonging to the campus”31% agree, 36% disagree
Campus Services for Veterans
71% reportcampusprovides social engagement opportunities for veterans72% say the services and resources provided bymeetthe needs of veteransOver half (52%) say they are satisfied or extremely satisfied with the services and resources provided bycampusfor veterans
Veterans Healthcare
42%report adisability(chronic pain 14%, physical health disability 14%, mental health disability 11%)17% report accessing services from the Office of Disability Services on campus39% are currently seeking care at the VA hospital28% report the VA being more than 30 more than miles away OR not close enough to access care.64% reported they were most likely to utilize off campus veterans services
Veterans and Substance Abuse
73% of veterans reported drinking in the past month,90% past year.Binge drinking rate for the past two weeks is 30%10% report usingmarijuanathan2% report using other illicitsubstances
Veterans and Substance Abuse
Changes in alcohol use since returning from service18%increase34%decrease44% nochange
Sexual Violence
6.2% - Verbal threats of sex against your will8.3% - Sexual touching against your will4.8% - Sexual penetration against your will-Almost half did not receive counseling (48%)-Almost 3 in 4 (73%) did not receive support services from the military
Veterans Experiencing PTSD Symptoms
Over half experienced anxiety in the past year (51%)Are more likely to experience alcohol abuse and panic attacks than other vetsOver 15% had used alcohol in more than half of the past 30 days34% binge drinking rate among demographic
Victims of Sexual Violence
Were almost twice as likely to be in an abusive relationship or suffer from depression.2X more likely to be divorced/separated3X more likely to self-injure4X more likely to suffer from an eating disorder10% more likely to consider dropping out of collegeLess than 1 in 5 feel a sense of belonging on campus
Veterans Deployed Overseas
Are the most likely of the demographics explored to be aware of Student Veteran Organizations and be a member of a National Veterans OrganizationMore likely to be older (25+) and be married (53%)38% report their drinking decreasing since returning from service14% drank more than half of the past 30 days.
Female Veterans
1 in 4 report “sexual touching against their will”Overwhelmingly suffer from MH stressors (less than 30% report none at all in the past year)53% report experiencing anxiety in the past year (compared to 41% of all veterans).Have highest rates of abstention from alcohol (1 in 3 had no alcohol in the past month).
2012 - 2013 Data Comparison
2012Self-Injury(2.3%)Anxiety(49%)Abusive Relationship(5.0%)No MH Stressors(33%)Assistance for Suicide(29%)Member of NATL Org.(33%)Trouble accessing benefits (8%)
2013Self-Injury(0.7%)Anxiety(42%)AbusiveRelationship (2.3%)No MH Stressors(40%)Assistance for Suicide(39%)Member of NATL Org.(42%)Trouble accessing benefits (19%)
2012 - 2013 Data Comparison
2012Alcohol Use (2-week)(68%)Alcohol Use (30 days)(75%)Binge Rate (2 week)(30%)Illicit Drug Use(5.2%)Pay w/ GI Bill(56%)Pay w/ Loans(12%)Pay w/ Pell(7%)Scholarship(1.2%)
2013Alcohol Use (2-week)(66%)Alcohol Use (30 days)(73%)Binge Rate (2 week)(30%)Illicit Drug Use(2.6%)Pay w/ GI Bill(65%)Pay w/ Loans(25%)Pay w/ Pell(21%)Scholarship(6.2%)
Contact Us
Joan Masters, Senior Coordinatormastersj@missouri.edu573-884-7551Dan Reilly, Prevention & Research Coordinatorreillyd@missouri.edu573-884-7534Joseph Ramsey, Graduate Research Assistantjrkvd@mail.missouri.edu573-884-8253