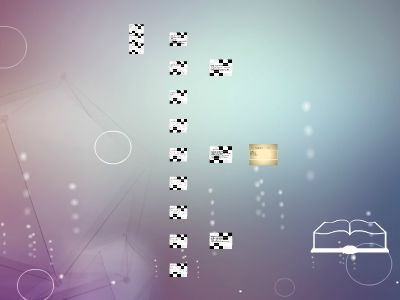 Technology Accelerators
Team 5Katelyn ReedMonica LongerKristen HodgeVenessa Rodriguez
Drugstore.com-one of the first Internet pharmaciesStock prices soaredThe Internet was going to change everything and make any company successfulDrugstore.com challenged Walgreens to keep upAt first Walgreens suffered and felt pressured to react
Crawl, Walk, Run
Rather than just jump into making a website, Walgreens proceeded slowlyCrawl phase-Began experimenting with a website that fit into their Hedgehog ConceptResearched how the internet would compliment the company and the concept of convenienceCompetitors thought Walgreens would fail at new technology
WalgreensContinued
Walk phase-Walgreens connected website to inventory.Prescriptions could be filled on-lineRun phase- launched sophisticated internet siteEasy to use and reliable websiteStock prices doubledDrugstore.com could not keep up with Walgreens
Technology and the Hedgehog Concept
Great companies adapt and endure changesReal Question:How do good-to-great companies think differently about technology?Not, what is the role of technology?
Technology and the Hedgehog Concept Continued
Walgreen’sWas already technology savvy before their websiteIntercom systemLinked customer information between ALL Walgreen’s locations.Used technology as a tool to accelerate momentum after hitting a breakthrough.Linked technology directly to their Hedgehog Concept (convenient drugstores increasing profit per customer visit).Their Hedgehog Concept drove its use of technology, not the other way around.Become a pioneer in the application of technology.
Technology and the Hedgehog Concept Continued
KrogerScanning barcodesReduced inventory costsGilletteManufacturing technologyLow cost, high tolerance bladesSensor- $200 Million and 29 patentsAppleGood to Great pages 150-151.
Technology as an Accelerator
Technology, when used right, is an accelerator of momentum, not a creator.You can’t make good use of technology until you know which technologies are relevant. Those link directly to the three intersecting circles of the Hedgehog Concept.Does the technology fit directly with your Hedgehog Concept?Yes, you need to become a pioneer in the application of that technology.No, then decide if you need the technology at all. If you do then all you need is correspondence. If you don’t then that technology is irrelevant and you can ignore it.
Technology as an AcceleratorContinued
Conceptually good-to-great companies have a relationship to technology that is no different than their relationship with any other category of decision.If a technology doesn’t fit within their 3 circles, they ignore the hype and just go about their business.When they find which technologies are relevant, they become fanatical and creative in the application of those technologies.Technology without a clear Hedgehog Concept, and without the discipline to stay within the 3 circles,cannot make a company great.
The Technology Trap
The 20thcentury will be most remembered for its advances in science and technologyPage 155, “We were quite surprised to find that fully 80% of the good-to-great executives we interviewed didn’t even mention technology as 1 of the top 5 factors in the transition, it had a median ranking of 4th”
Nucor Example
One of the most aggressive pioneers in the application of mini-mill steel manufacturingWhen the CEO was asked what the primary factors in the transition from good-to-great he stated “were the consistency of the company, and our ability to project its philosophies throughout the whole organization”Emphasized factors such as getting the right people in management positions and the simple structure and lack of bureaucracy
Nucor Example Continued
Nucor states that 20% of their success if from technology and 80% is in the culture of the companyTechnology by itself is never the primary cause of either greatness or declineIn Daytona 500 the primary variable is not the car but the driver
More Examples
GE did not pioneer the AC electrical system, Westinghouse didDespite the advanced technology of the U.S. the Vietnamese won due to their simple strategiesWhen linked properly with simple concepts technology can help drive a company, but if used in an improper manner then it can hurt a company
Apple
The company’s business strategy leverages its unique ability to design and develop its own operating system, hardware, application software, and services to provide its customers new products and solutions with superior ease-of-use, seamless integration, and innovative industrial design.
Fear of Being Left Behind
Debated on having a technology chapter in this bookFinally settled on putting it as part of the flywheelDiscovered that companies who did not react to what others were doing were more successfulNot motivated by fear
Fear of Being LeftBehind Continued
Motivated by a “deep creative urge and inner compulsion for sheer unadulterated excellence for its own sake.”Technology alone cannot take a company from good to greatStaying true to the big picture and fundamental values mixed with technology will create a breakthrough