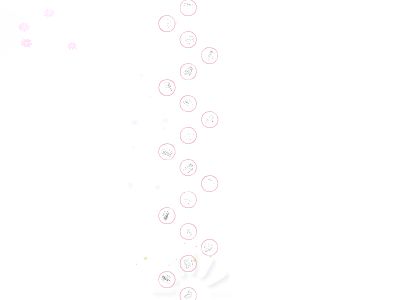 Developinga codingscheme for content analysis
A how-to approach
Literature review
As is pretty much always the case, finding out what people have done in the past is the best way to prepare for your own researchGives you the theoretical lay of the landHelps you see how others have approached your own concernsHelps you determine what measures have been used and how they have workedAllows you to identify areas where additional study is needed
Constructs
To carry out a successful study, you will need to identify constructs of significance for your researchRemember our discussion of explication?From the literature review and your own experience/interests, what are the constructs you want to measure?Is there a theory here?
Constructs
In order for your analysis to be valid, you must first specify your constructs carefullyWhat are the characteristics of your construct?What would be a case of sexism, for example?(Note: perhaps ‘genderism’ would be better).What wouldnotreflect sexism in your definition but someone else might think would?What would be an example of non- or anti-sexism?
An example:
How would you define ‘Respect for authority’?What behavioral examples would reflect it?What examples wouldyousaydo notreflect it, butsome folks wouldsay did?What examples of lack of respect or disrespect for authority can you think of?
Based on your analysis of ‘respect for authority,’ what examples can you think of?
Who are authorities?What behaviors show respect? Lack of respect or disrespect? What behaviors might someone else say show respect but you exclude from your list?
Now identify features of content that reflect your constructs
What would we look for in romance films that would reflect the concept ofgenderism?Males making important decisionsWomen wearing skimpy clothingFemales showing greater sensitivityMen always driving the carsEtc.Note: There are a great number of potential indicators—you have tochoosethose that are thebestindicators and arepracticalto score
Example
If a student does what the teacher in a TV show says, is it an example of respect for authority?What else might be necessary?“Whatever you say, you’re the boss.”“I’ll do it to save my A, but that’s the only reason.”“I really like you, but I think this is a dumb idea.”
Choosing indicators
Content analysis is quantitative, so you need to develop categories that can be assigned numbersUse indicators that can be translated reasonably into quantitative scoresAvoid developing category schemes that call for value judgments and/or too much interpretation on the part of the coder
Objective v. subjective codes
Subjective categories (“high, medium, low”; “better, worse”) are read quite differently by various coders so their use invites unreliabilityTry to construct objective categories as much as possible“4 or more times” v. “often”“Over 250 pounds” v. “large”
Good coding categories
Categories should be:ExhaustiveMutually exclusiveDerived from a single classification principleIndependentAdequate to answer the questions asked of the data
Exhaustive
There should be a coding category that each recording unit can be placed inCan use “other” or “none” categories to make theschemeexhaustive
Mutually exclusive
Each recording unit should fit intoonly one categoryon a given scoring dimension
Derived from a singleclassification principle
Must keep conceptually different dimensions of analysis separateCode separately for each dimensionExample: Character presented as “fearful and inactive” (separate fear and activity into individual scoring dimensions)
Independent
Each category should be independent of other categories—seek an ‘absolute’ value for each categoryThis will be violated if your categorization scheme assigns units to categories according to theirrelativeposition on some dimension“more biased,” “scarier”
Adequate to answer the questions asked of the data
Must cover the entire concept or nearly soMust exclude third variables/related concepts that are not supposed to be measured by the category schemeDon’t let influences other than those you are studying creep in andaffectyour resultsDifferences among categories mustbe meaningfulLarge enough to matterDimension is appropriate
The precision tradeoff
The more narrowly tailored and precise your categories, the better the test of your research questions or hypothesesHowever, the finer the distinctions you ask your coders to make, the more ‘mistakes’ you will generateIn this form of text analysis, when two coders put the same coding unit into different categories, at least one of the coders is ‘wrong’
Good practice
Try not to make categories too narrowe.g., 10-12 years old, 13-15, 16-18, etc.Few instancesCoders have difficulty making such fine distinctionsCover enough features to make valid judgmentsUse multiple indicators of each constructUse the indicators that are easiest to measure/codeOnly go to less clear-cut, more complicated indicators after the straightforward ones have been exhausted
Think of a critic when youdesignyour scheme
What would someone who doesn’t believe genderism exists say when I have completed my study and present my findings? Someone who is adamant that genderism is rampant in the media?Anticipate and deal with the most significant critiquespriorto finalizing your coding scheme