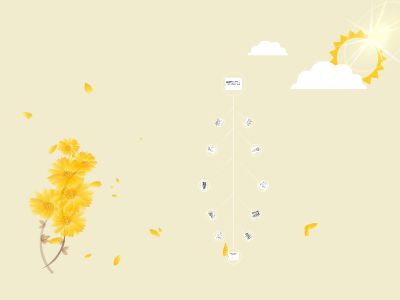 Overturning Officer Recommendations & Costs Awards in Planning Appeals
10 June 2015Mike Muston
Material Considerations and the Development Plan
Section 38(6) of the 2004 Act“If regard is to be had to the development plan for the purpose of any determination under the planning Acts the determination must be made in accordance with the plan unless material considerations indicate otherwise.”Weight to be given to material considerations is a matter for the decision-maker
Overturning Officer Recommendations
Should not be a problem where the balance of material considerations is a close one – should be possible to defend at appeal (refusal) or resist a judicial review (approval)If an overturn from refusal to approval, no appeal but danger of judicial review if approval is not justified – could result in decision being quashedIf an overturn from approval to refusal, main danger comes from applications for awards of costs at appeal
Appeals
Can be byWritten representationsHearingPublic inquiryPlanning Inspectorate (PINS) now make decision over which route is followed, taking into account views of appellant and CouncilCosts awards can now be applied for and awarded in all types of appeal
Costs Awards – An Introduction
Introduced in 1993Principally to stop Councils “passing the buck” on difficult decisionsBoth parties normally pay their own costs at an appealTo get costs award, need to show that the other party has behaved “unreasonably”Award can be for full or partial costs
What costs can be awarded?
Need to show that the unreasonable behaviour has resulted in “unnecessary expense”Costs awarded are the costs of fighting the appeal (or the relevant part of an appeal if a partial award)If costs awarded, Inspector will say whether full award or which part of the proceedingsInspector does not set a sum – the amount having to be paid depends upon many factors – length & type of appeal, expert witnesses called, cost of barrister etc.
NPPG on Costs
Paragraphs introduced into the Appeals section of the NPPG in March 2014Setsout theaimsof the costs award regime:-“encourageall those involved in the appeal process to behave in a reasonable way and follow good practice, both in terms of timeliness and in the presentation of full and detailed evidence to support their case“encouragelocal planning authorities to properly exercise their development management responsibilities, to rely only on reasons for refusal which stand up to scrutiny on the planning merits of the case, not to add to development costs through avoidable delay,“discourageunnecessary appeals by encouraging all parties to consider a revised planning application which meets reasonable local objections.”
Costs against LPAs
Can be “procedural awards” (e.g. late introduction of an additional reason for refusal)Most costs awards against LPAs are “substantive awards” because of poor refusalsNPPGsets out a series of paragraphs listing unreasonable behaviour by an LPA which is likely to result in an award of costs against them
Reasons forsubstantive awardsagainst LPAs
Preventing or delaying development which could clearly be permitted having regard to the development plan, national policy statements and material considerationsReasons for refusal that cannot be substantiated by evidence with reference to the developmentplan, national policy and material considerationsVague, generalised or inaccurate assertions about a proposal’s impact, which are unsupported by any objective analysisPersistingin objections to a scheme or elements of a scheme which the Secretary of State or an Inspector has previously indicated to be acceptable
Reasons for awards against LPAs
Refusingplanning permission on a planning ground capable of being dealt with byconditionsRefusingto approve reserved matters when the objections relate to issues that should already have been considered at the outline stageImposinga condition that is not necessary, relevant to planning and to the development to be permitted, enforceable, precise and reasonable in all other respects, and thus does not comply with the guidance in theNPPFon planning conditions and obligations
Partial awards of costs
Are usually awarded when parts of the refusal are reasonable but one or more reasons for refusal are notCan mean a Council winning an appeal but having partial award against them for one or more indefensible reason for refusalSo beware of adding extra reason when refusing – better to stick to defensible reasons only
Statements made at Committee
Many applicants and appellants make copious notes of what is said at CommitteeCan sometimes be used against the Council at appeal and lead to costs, so bewareExamples are appearing to give weight to an immaterial consideration or to refuse just to let objectors have their say at an appealThink carefully about what can be defended later rather than what the public want to hear – better a refusal on one defensible ground with nothing risky said than a refusal encompassing everything the residents say but leading to a large award of costs against the Council